Skip to main content
Lawton Public Library
Traffic at City sites has been limited as a COVID-19 safety precaution. View details and all updates here. 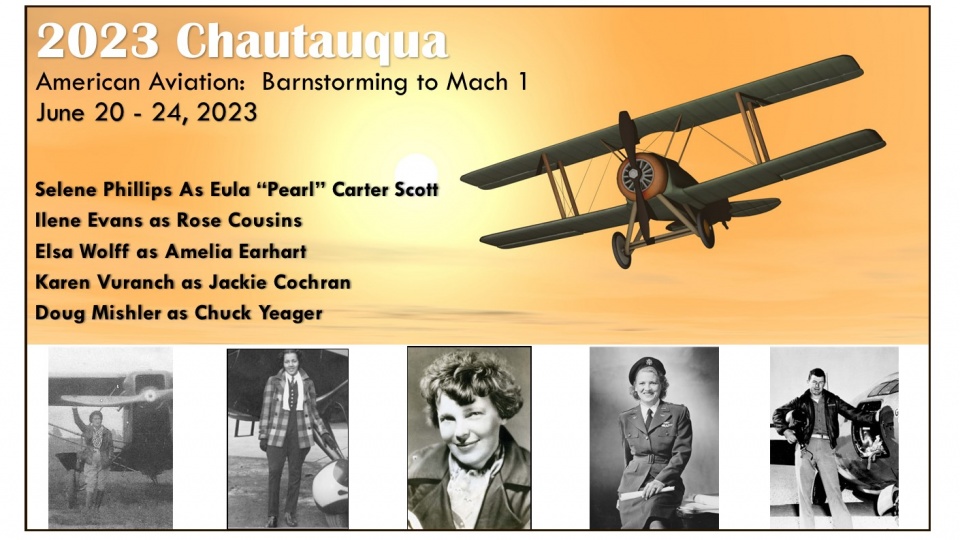 Your donations to The Friends of the Library help fund Chautauqua each year.

Schedule of Workshops and Evening Performances

Learn more about the weeklong events! 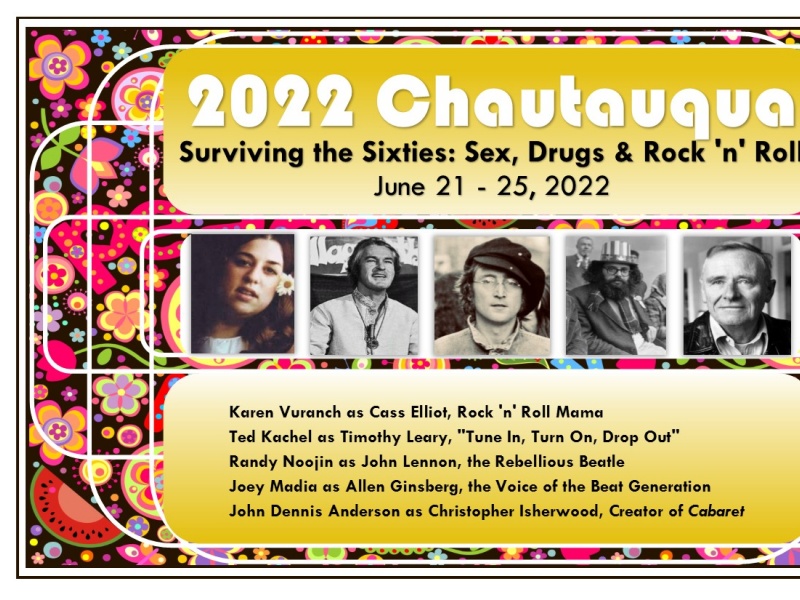 Videos of the book reviews and monologues from 2022 Oklahoma Chautauqua, "Surviving the Sixties: Sex, Drugs, & Rock 'n' Roll" can be viewed here: https://vimeo.com/channels/1769132

Modern-day Chautauqua programs present a variety of historical enactments, workshops, and informal discussions. Evening performances include first-person presentations and time for audience questions to the historical figure in-character and to the scholar portraying the character. Ten daytime workshops and five evening lectures explore the cultural and political nuances of the era. The events are all free of charge, and are targeted to audiences of all ages, cultures, and socio-economic demographics.

It didn’t take long for an eight-week educational camp to become popular. Within a decade, the Chautauqua assemblies (or Chautauquas, for short) sprang up all over the United States, bringing learning, culture and entertainment to small towns and villages. Over the years, the range of subjects at the Chautauqua grew. Prominent personalities were paid to give speeches on religious, political and scientific topics, such as Samuel Clemens and William Jennings Bryan.

Circuit Chautauquas, also called Tent Chautauquas, began in 1904. The programs were performed in tents for a few days, then folded up and moved to a new location. By the mid-1920s, when circuit Chautauquas were at their peak, they appeared in more than 10,000 communities.

In 1976, Everett Albers, Executive Director of the North Dakota Humanities Council, launched the modern Chautauqua in America. It was expanded from the original traveling tent with one-person presentations to a group of five scholars who present historical characters in a first-person dramatic performance.  Each scholar performs one evening presentation in character and two daytime workshops from the scholar’s own perspective. This was the start of a new movement, resolving the dilemma that faced many humanities organizations: how to make it possible for scholars to interact with the public in an open and accessible forum.

The Oklahoma Chautauqua returned to Lawton in June 2008. By 2012, the Lawton Chautauqua Committee decided to bring the evening performances inside because of the extreme hot weather. The City Hall auditorium was decided on as a perfect venue.