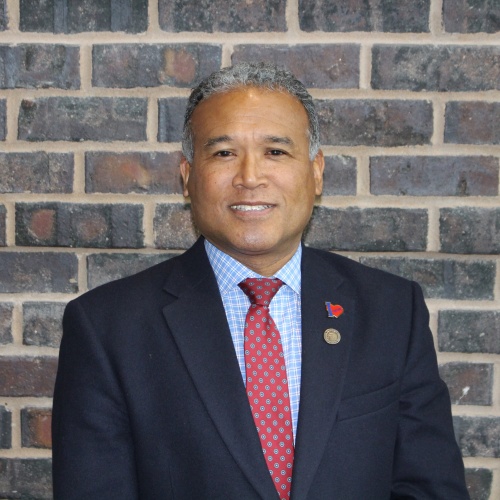 Allan Hampton is the General Manager KJRF 91.1 FM, a 100,000 watt radio station located in Lawton, Oklahoma. He has been responsible for the daily operation of the studio as well was the transmitter site. He has a rental business he owns and operates. Mr. Hampton has owned his own computer business and was an Apple Computer business agent.

Mr. Hampton is a Trustee on Lawton Enhancement Trust Authority, a city Board, responsible for the Enhancement of Lawton. Mr. Hampton served in the U.S. Army for six years, in a support training unit for officers (OCS/OBC) during the Vietnam war, and an eight inch self propelled howitzer unit in Hanau, Germany during the Cold War. Mr. Hampton's hobbies are aviation and golf. Mr. Hampton graduated with a degree in behavioral science, helping to pioneer and setup some of the first behavioral modification programs for adolescents in the state of Oklahoma. Mr. Hampton holds the responsibilities of setting up and running the audio-video department, and is the supervisor of the IT department of the Christian Center at the Lawton Christian Center. At the church, he has installed and setup the fiber internet system and configures all the computer networks as well as maintains the church's website.

Mr. Hampton has called Lawton his home since 1963, attending Douglass, Flower Mound, Central, and MacArthur Jr./Sr high schools. His father was in the military and met his mother during the Korean War. He has lived in Korea with extended family during his childhood.