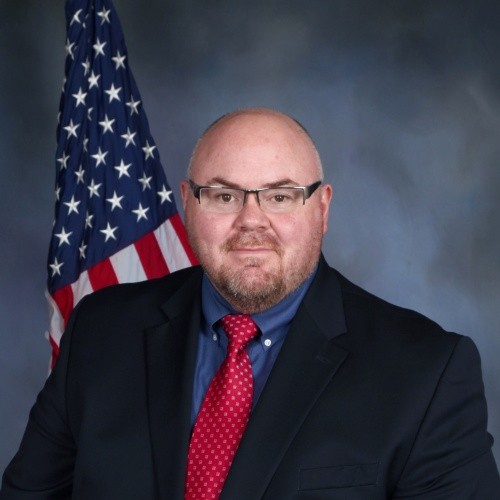 Captain Chris Hall was hired by the Lawton Police Department in 1995. During his initial years in the Uniformed Patrol Division he served as a Patrol Officer, Field Training Officer, Bike Patrol Officer and with the Community Oriented Policing Unit. While serving as a Community Oriented Policing Officer Hall was a part of the federally funded “Weed and Seed” initiative. This was a U.S. Department of Justice program designed to assist designated high-crime neighborhoods to “weed” out the criminal element and “seed” the area with social programs. While assigned to this specialized unit, Hall was recognized for his work by the Oklahoma Regional Community Policing Institute (ORCPI). In March 2000 Hall received the ORCPI’s Community Policing Officer Award for his exemplary service.

In 2003 Officer Hall was transferred to the Criminal Investigation Division (CID) where he served as a Detective. Hall was assigned to the Crimes Against Persons unit and worked major cases such as computer crimes, felony assaults, robberies, suspicious deaths, sexual assaults, and homicides.

In 2010, Hall was named the Non-Uniform Officer of the Year.

Hall transferred to the Training Division and served as the department’s Training Coordinator from 2010 to 2012. In this capacity, Hall was responsible for the monthly in-service training of the department’s sworn personnel. Hall also maintained the training files for all officers, taught in the department’s police academy and played an integral role in the recruitment, selection and hiring process of new officers.

Captain Hall has received training in the field of Law Enforcement, to include specialized training in Crime Scene Investigation, Bloodstain Pattern Analysis, Homicide Investigation, the Forensic Interviewing of Children, Child Neglect & Child Fatality Cases, and Interview and Interrogation. Hall holds an Advanced Peace Officer Certification from the Council on Law enforcement Education and Training (CLEET) and is a certified CLEET Instructor.