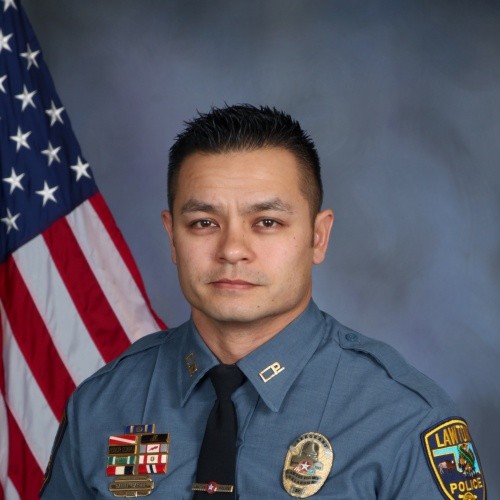 Lieutenant Daniel Harter was hired with the Lawton Police Department in April 2007. At the start of his career with the Lawton Police Department, he was assigned to the uniformed patrol division. In May of 2013, Lt. Harter transferred to the Community Oriented Policing Division. He would return back to the Uniform Patrol Division in September of 2014. During his time on patrol he was utilized as a Field Training Officer and an Acting Supervisor. On October 3rd of 2016, he was promoted to the rank of Lieutenant.

Lt. Harter is a member of the Tactical Team, Dive Team, Bike Team, and Honor Guard. He is also a Sentinel Supervisor and a Standardized Field Sobriety Instructor. Lt. Harter is currently assigned to the Uniformed Patrol Division as a Patrol Supervisor.