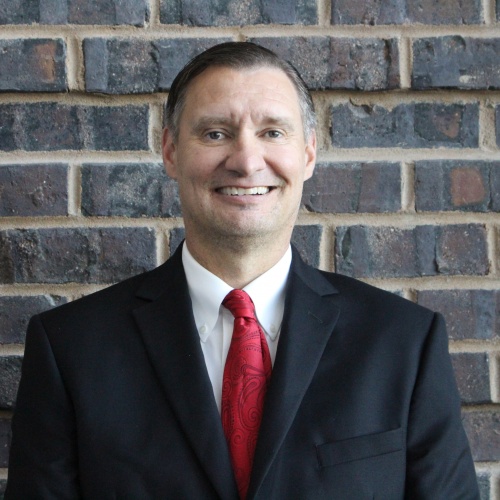 Prior to assuming his current position as the City Attorney for the City of Lawton, John served in the U.S. Army as an active duty officer for over 22 years. Originally from the great state of Oklahoma and the community of Lawton, John was commissioned as an Air Defense Artillery officer upon graduation from the University of Oklahoma Army ROTC program as a Distinguished Military Graduate in 1998.

After tours in Korea, Hawaii, and Iraq, John was selected for the Army’s highly competitive Funded Legal Education Program (FLEP) and subsequently transitioned into the Judge Advocate General’s Corps (JAGC). John has served in a wide variety of positions in the JAGC to include: Deputy Staff Judge, Administrative Law Chief and Senior Defense Counsel. In 2013, John deployed to Afghanistan while serving as a Brigade Judge Advocate.

John has earned a Juris Doctorate (JD) degree from Oklahoma City University and a Master’s degree of Public Administration (MPA) from the University of Oklahoma. He also earned a Master’s degree of Legal Letters (LLM) in Military Law from the Judge Advocate General’s Legal Center and School in Charlottesville, VA. John has been licensed to practice law in Oklahoma since 2007.

John is a dedicated volunteer and is deeply committed to several service initiatives that make a positive impact in the community. He frequently volunteers with various hospice organizations, the Boy Scouts of America and as a youth football coach. Additionally, John has participated in numerous “Salutes to Service,” which are ceremonies that honor terminally ill veterans in hospice.

John is married to the former Ms. Krista Smith, they are proud parents of their three sons: Brayden (13), Jackson (10) and Riley (8).