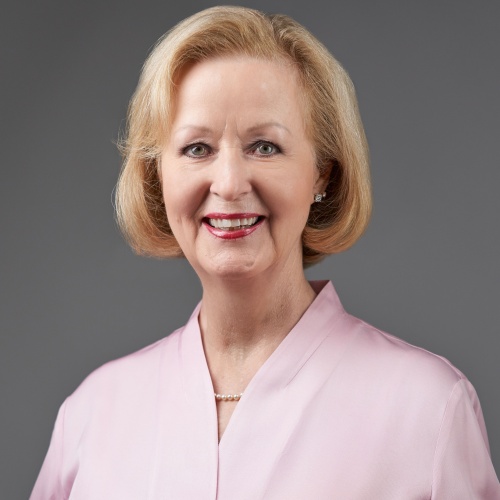 Linda Chapman moved to Lawton in 1967.  She married Tom Chapman, a Lawton native, who died in June 2011 from a bicycle riding accident.  Chapman graduated from Oklahoma State University with a BS in Education and minor in music.

Chapman ran on a platform of “Bringing Honesty, Respect and Integrity” to Ward 3.  These three words have been the building blocks for her life’s character.  Chapman believes working together brings more accomplishments and achieving goals for the city.  It has always been important to her to give back to Lawton.  She encourages people to find ways of serving Lawton from civic groups to boards at city hall. She says investing in Lawton is a great gift to all who live here.

In addition to her seat on City Council, Chapman is on the board of Lawton Philharmonic Society, a member of Chapter EB, PEO, Savante and past president of Junior Service League.

Chapman owned the Merle Norman Cosmetic Studio for 19 years before returning to the education field.  She taught music at Eisenhower Elementary and was transferred to Whittier Elementary before retiring in 2014.  Chapman is also Director of Music at Centenary United Methodist Church.  She also has worked as Vocal Director for many musicals at Lawton Community Theatre through the years. Chapman was awarded the Educator in the Arts by the Lawton Arts and Humanities Council and received the Volunteer of the Year award from the Lawton Philharmonic Orchestra.

She has triplet grandchildren – Nathan, Laurel and Erica.

You can reach Councilwoman Chapman via email at @email.