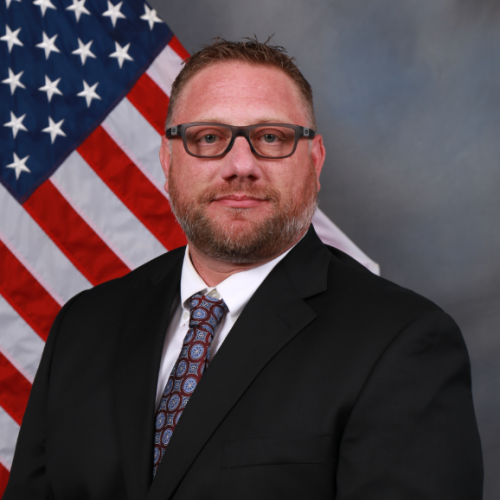 Capt. Mason was hired by the Lawton Police Department in April of 2007. He attended the CLEET Police Academy in Ada Oklahoma. After the Academy and four months of the Field Training Officer Program, Capt. Mason was assigned to the Patrol Division. In 2010 he received the Uniform Officer of the year Award. In October of 2008 he become a traffic officer for Echo Team and later went to Frank Team as a traffic officer. In December of 2011 when the department added traffic cars to the motor unit; Capt. Mason was one of two officers selected for this assignment. During his time in Traffic he became an operator for the Total Station which is used to make an electronic drawing of an accident or crime scene and he also worked beside the accident reconstruction in numerous fatality accidents.

After just a short time in the motor unit an opening became available in the Criminal Investigation Division and in January of 2012 he was accepted into CID. During his time in CID he attended numerous training schools to include Midwest Counterdrug Training Center's interview and Interrogation School and a Crime Scene Investigator (CSI) School. Capt. Mason served as the Training Division Commander for 2 year and is currently assigned as a supervisor in CID.

Capt. Mason is currently the Captain over Internal Affairs.

Lt. Mason is a department Instructor and has assisted in the academy for the traffic section. Lt. Mason was promoted to Lieutenant in February of 2014 and Promoted to Captain in November of 2021. He is also the current Vice-president for the Fraternal Order of Police Lodge 98.