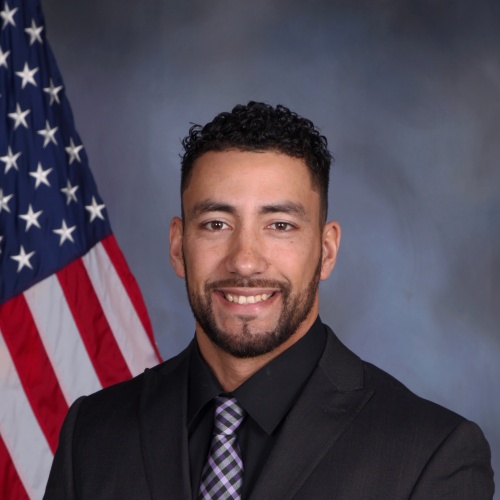 Lieutenant Noah Ellis joined the Lawton Police Department in August 2005. He spent his first 4 years in patrol primarily working midnights on Adam Team. 2009 Lt. Ellis was selected for the Departments Gang Unit where he spent 2 years. He then was assigned as a Detective to the Special Operations Unit where he spent several years investigating Narcotics and Vice Crimes. In 2016 He was selected as the Region IV A- One Narcotics Officer of the year. He has also received multiple Police Commendation awards from the Department as well as the Oklahoma Association of Chiefs of Police. Lt. Ellis served as the Training Division Commander for 2 years and now serves as a Criminal Investigations Lieutenant.

Lt. Ellis is one of the Departments CLEET certified Defensive Tactics and Firearms instructors. He is also in charge of teaching several classes for the Police Academy and In Service Training. He recently received his Advanced CLEET Certification. He is also member of the Departments Tactical Team where he currently serves as a Team leader.

Prior to joining the Lawton Police Department, Lt. Ellis worked at the Comanche County Detention where he worked as a Correctional Officer for approximately 2 years.