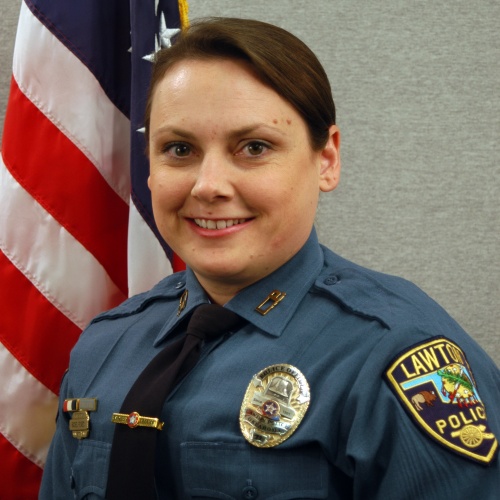 Lieutenant Rachel Flores began her career with the Lawton Police Department in August 2008. She has been assigned to the Uniform Patrol Division as a Patrol Officer and a Field Training Officer. Later, Flores was assigned to the Community Oriented Policing Unit for two years. In January 2014, Flores was transferred to the Criminal Investigation Division where she served as a Crimes Against Person’s Detective. She is a certified Child Forensic Interviewer. In 2016, Flores was recognized as the Non-Uniform Officer of the Year.

Lieutenant Flores holds an Advanced Police Officer Certification from CLEET and is a CLEET certified instructor for the department. Lt. Flores graduated from the University of Missouri with a Bachelor’s Degree in Criminal Justice, and minors in Psychology and Sociology.  In September 2019, Flores was promoted to the rank of Lieutenant.