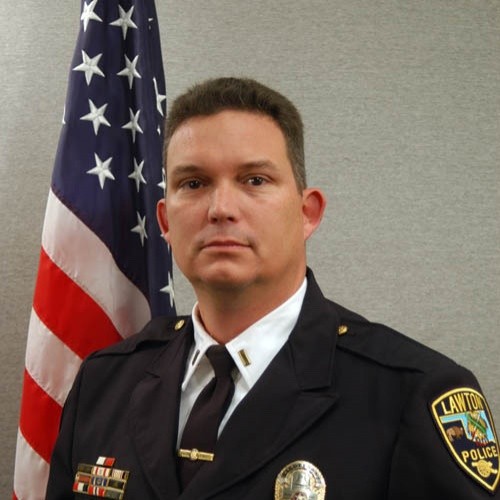 Captain Richard Franz started his law enforcement career with the Lawton Police Department in February of 1989. Capt. Franz spent many years in patrol before moving to training division where he was a Crime Prevention Officer and one of the department’s first Community Oriented Police Officers. Capt. Franz was promoted to Lieutenant in 2003 and served as a patrol supervisor.

Capt. Franz was again promoted in January of 2010 to the rank of Captain, where he now serves as The Internal Affairs Captain. Captain Franz has previously served as Chairman of the Meritorious Conduct Board and is the current Commander of the Crisis Negotiation Team.

Prior to becoming the Internal Affairs Captain, Captain Franz was assigned as the Commander of the Technical Service Division and the Frank Team Watch Commander  .

In May of 2016, Capt. Franz graduated from the Command Leadership School at the Southern Police Institute in Louisville, Kentucky.