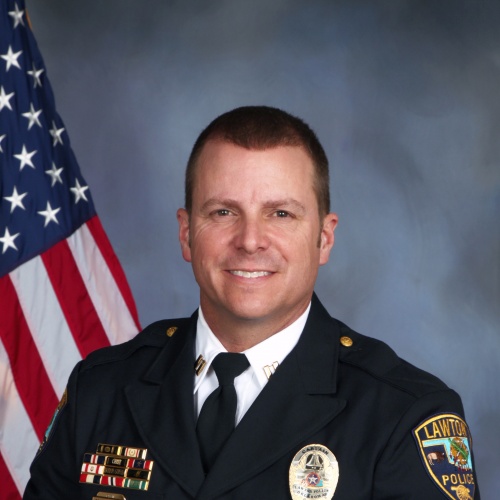 Assistant Chief Rondell Seratte began his career with the Lawton Police Department in January of 2000. He has been assigned to the Uniform Division as a patrol officer and Field Training Officer. He was assigned to the Special Operations Section in 2005 as a Detective until promoted to the rank of Lieutenant in September of 2007. Seratte was  assigned to the Training Division and was the Bike Patrol Supervisor as well as a member of the Honor Guard. He is also a department instructor in Defensive Tactics, Law Enforcement Drivers Training, Bicycle Patrol and coordinates the departments Police Academy physical training program. Seratte holds an Advanced Police Officer Certification from CLEET as well as a Bachelor’s degree in Criminal Justice from Southwestern Oklahoma State University.