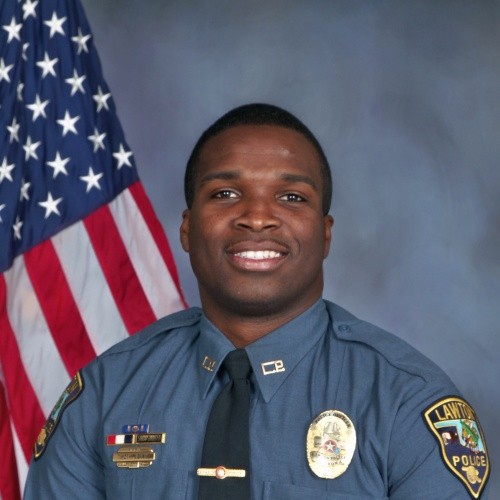 Sergeant Timothy Jenkins was raised in Lawton, Oklahoma after moving here from Clarksdale, Mississippi as a young child. Jenkins attended Lawton Public Schools and graduated in 2007 from Fort Dorchester High School in South Carolina. Jenkins then went on to pursue a degree in Psychology with a minor in Criminal Justice from Cameron University, and later received a Bachelor's Degree in Psychology from Mid-America Christian University. After attending Cameron University Jenkins applied with the Lawton Police Department and was hired on in March of 2011.

Sergeant Jenkins took over as the Public Information Officer in October of 2016. He is responsible for media relations and also available for public speaking engagements, Sergeant Jenkins provides the community with a wide variety of information about the Lawton Police Department. Information is released through various formats to include daily discussions and e-mails with the local media, news releases, Facebook, Twitter and this website.

The Lawton Police Department operates under the guidelines of Title 51 of the Oklahoma State Statutes, Subsection 24, or more commonly known as the Oklahoma Open Records Act. The Open Records Act details specific records which law enforcement agencies are required to make available for public inspection. We do comply with proper requests.