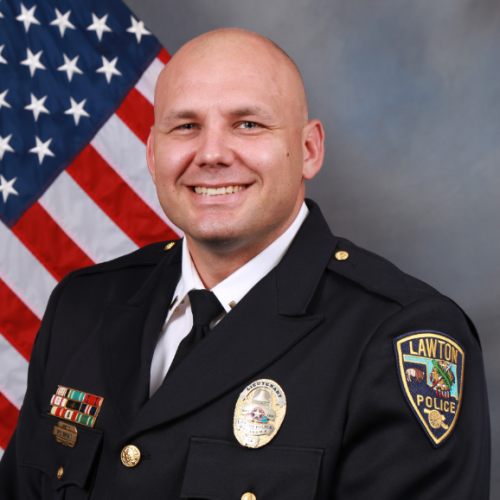 Lieutenant Troy Durham joined the Lawton Police Department on August 29, 2005.  He spent his first 7 years in patrol, primarily working midnights on Adam Team. Lt. Durham was also an active member of the LPD bike team while assigned to the patrol division.  Lt. Durham was selected for Special Operations in 2012, where he spent approximately 7.5 years investigating Narcotics and Vice Crimes in both enforcement and undercover capacities. In January of 2020, Lt. Durham gained the rank of Lieutenant. Lt. Durham served on Charlie Team as Lieutenant until being assigned to evening shift on Echo Team.

Lt. Durham is a CLEET Instructor and teaches multiple classes for the City of Lawton Police Academy, as well as the citizen’s police academy.  Prior to joining the Lawton Police Department, Lt. Durham worked primarily in the construction field, after graduating from Cache High School in 2002.