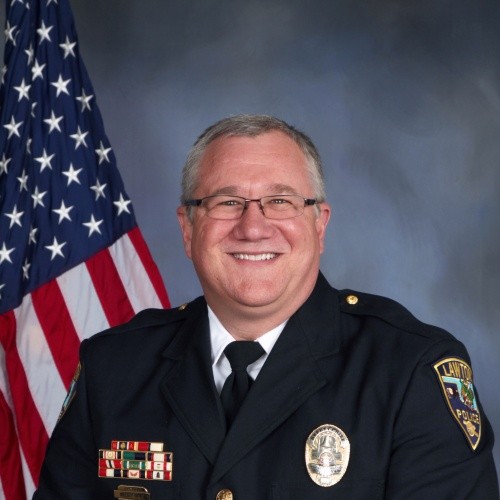 Deputy Chief Hines attended several schools around the country until his parents settled in Lawton. He graduated from Lawton High School and earned his Associates and Bachelor Degrees from Cameron University. He was hired by the Lawton Police Department in January of 1989, where he attended Lawton Police Academy # 6. After graduating from the academy, Hines was assigned as a patrol officer until he was transferred to the training division, where he served as a DARE Officer for 4 years.

He has also served as a detective, patrol supervisor, detective supervisor, patrol shift commander and CID commander during his career. He is a polygraph examiner for LPD, conducting both criminal exams and pre-employment exams. He is a graduate of the 244th session of the FBI National Academy. On January 11, 2010, he was promoted to the position of Deputy Chief and assigned as Non-Uniform Division Commander. He is currently assigned as the Deputy Chief.