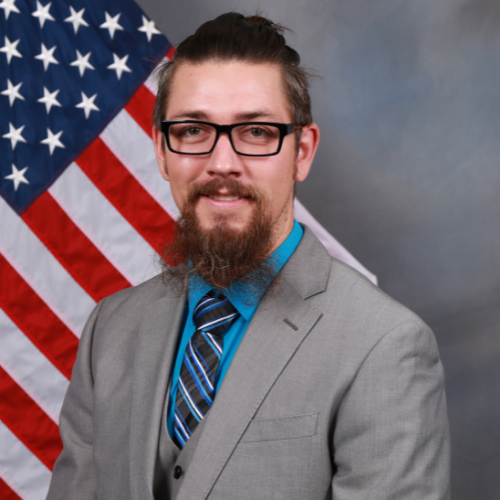 Lieutenant Austin Benton joined the Lawton Police Department on March 21st 2011.  He spent his first 4 years in patrol, primarily working midnights on Adam Team.  He then was selected for Special Operations where he spent 2 years investigating Narcotics and Vice Crimes.  He then transferred to the Criminal Investigations Division on October 30th 2017, where he investigated Persons Crimes. In May of 2019 Lt. Benton gained the rank of Lieutenant. Lt. Benton served on Bravo Team as Lieutenant until September of 2020 when he became the Lieutenant over Special Operations. Capt. Benton was promoted to the rank of Captain in May of 2022.

Lt. Benton is a CLEET Instructor and teaches several classes for the Police Academy.  Prior to joining the Lawton Police Department, he attended the US Coast Guard Academy, and received his Associate’s Degree in Engineering from Asnuntuck Community College in Connecticut.  Lt. Benton worked as a Correctional Officer for 3 years at Lawton Correctional Facility.