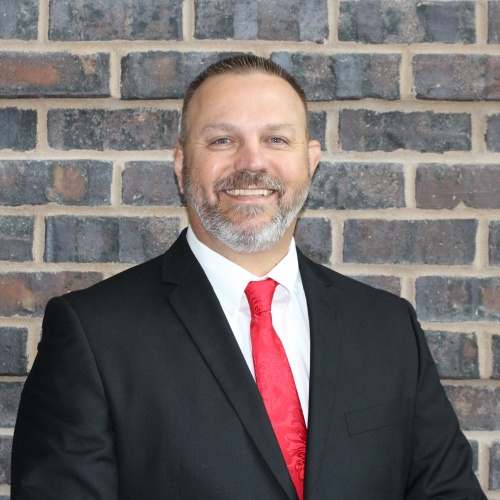 Current Deputy City Manager Dewayne Burk, was a second generation Lawton Firefighter who joined the Department in January 1992. Burk assumed the role of HR Director in 2019 and the Deputy City Manager position in 2021. He has a Bachelors Degree in Bio-Chemistry from Cameron University, an Associate’s Degree in Fire Protection and Safety Technology that he received from Oklahoma State University, and has completed the International Fire Chiefs Association’s “Executive Chief Officer” program.

He was awarded a meritorious service award for “Service Above Self” for his actions in rescuing a burn victim from a neighboring community in 2007. He has served as a Labor/Management Advocate across the State of Oklahoma and is a CLEET Certified Commissioned Peace Officer. He has served in several elected positions throughout his career within the Lawton Firefighters Association, as well as several state firefighter boards to include the Oklahoma Fire Chiefs Association and the Professional Firefighters of Oklahoma.

Burk credits much of his success to the support he has received from his wife Tiffani and their three children. He believes that in order to make a difference, you must be willing to get involved and that success is something you earn as opposed to being given and also believes his expertise in organization infrastructures will help to improve productivity, increase efficiencies and strengthen financial results throughout the City of Lawton.