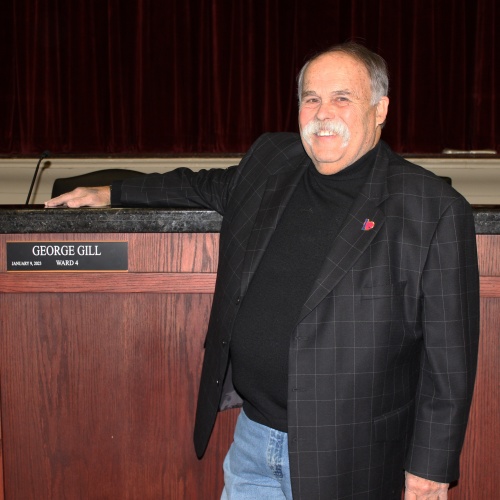 George Gill is a Lawton native who graduated from Lawton High School in 1963. He earned a Military Science Degree from Oklahoma University and a Bachelor of Science from Oklahoma City University.

Gill became a Commissioned Officer in the United States Army, where he served three years of active duty and attained the rank of Captain. He has served several terms as President of the Lawton Home Builders Association and on the General Contractors of America Advisory Board.

Gill has stuck close to home, building projects in the Lawton area for the City of Lawton, Fort Sill, Great Plains Technical Center, the State of Oklahoma, and private individuals.

He has been married to his wife, Christine Gill, for 56 years and had two children, George W. Gill, III, and Gannon Frederick Gill, P.A.

Councilman Gill was sworn in January 2023; his current term will expire in 2026.

You can reach Councilman Gill at @email.