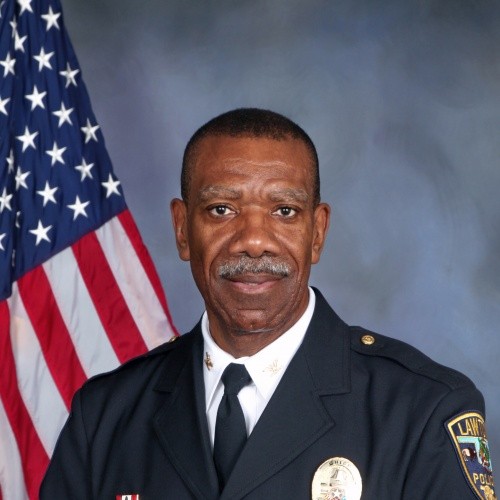 Chief James T. Smith has over 30 years of comprehensive law enforcement experience that began in 1982. He served three years with the Kentucky State Police and 27 years with the Jefferson County Police, which merged into the Louisville Metro Police Department. James Smith has diverse experience in patrol, traffic, accident reconstruction, narcotics/vice, internal affairs, personnel training, community policing, budgeting and organizational leadership, just a few of the internal venues that contribute to make this career whole. Of the 30 plus years experience which he has, 24 years are in a command position having advanced through the ranks to the position of Major.

He also has military experience which has encompassed 30 years of commissioned service that included ten years in the Kentucky Army National Guard and the remainder with the United States Army Reserves; where he retired at the rank of Colonel in June of 2011. During his military career he served in various units and command positions which include Battalion Personnel Officer, Battalion Logistics Officer, Military Police Investigator and Division Anti Terrorism Officer. Additionally, he had command assignments in Korea, Germany, Bosnia and Iraq. In his last assignment he served as the Emergency Preparedness Liaison Officer, working with FEMA and the Indiana National Guard.