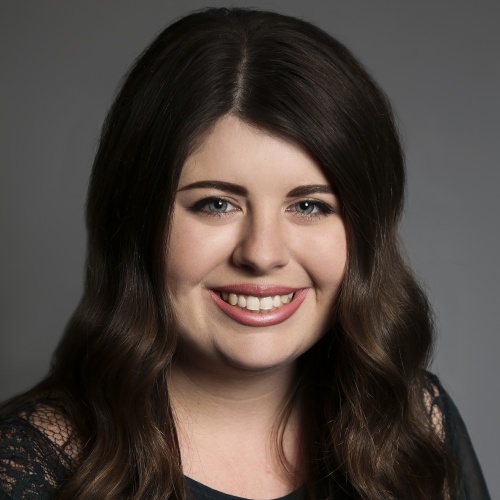 Kaley Patterson Dorsey is a proud native of Frederick, Oklahoma, but happily resides in Lawton. She became the Multimedia Specialist for the City of Lawton in March 2020.

She graduated from Cameron University in May 2015 with a Bachelor of Arts in Communication with a focus in public relations and a minor in journalism. Upon graduation, she was a Staff Writer for The Lawton Constitution covering arts, religion and health in Lawton and Southwest Oklahoma. After two years at the newspaper, she joined the Lawton Fort Sill Chamber of Commerce as the chamber’s Communications Manager. In 2018, she returned to Cameron University as the university’s Graduate Admissions Counselor before accepting her position with the City of Lawton.

As a patron and advocate of local arts, Kaley is a member of the Lawton Community Theatre Board (LCT) of Directors and the Lawton Philharmonic Orchestra (LPO) Board of Directors. For LCT, she serves as the board’s Marketing Committee Chair, and for LPO, she serves as the board’s Marketing Director. Through these organizations she has volunteered for Arts for All’s annual Gala and Festival. She has also volunteered for various LCT performances, including working backstage for the theater’s productions of “A Tuna Christmas,” “Next To Normal” and “High School Musical.” In 2019, she played the role of Alex Klein in LCT’s production of “Church and State.”

Kaley is the daughter of a kindergarten teacher and a retired volunteer firefighter. She resides in central Lawton with the love of her life and their three pets.