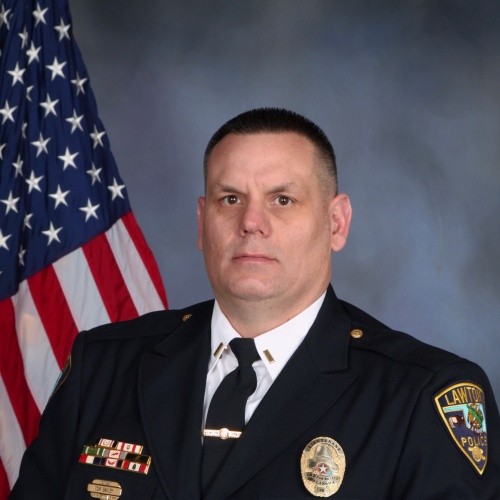 Lt. Bailey graduated from Macarthur High School then Cameron University with an Associates degree in Criminal Justice. Since joining the department he has earned his advanced CLEET certification. During Lt. Bailey’s time with the Lawton Police Department he has been assigned to the department’s bicycle team and was used as a field training officer. Currently he is an entry team leader on the Lawton Police Department’s Tactical Team.