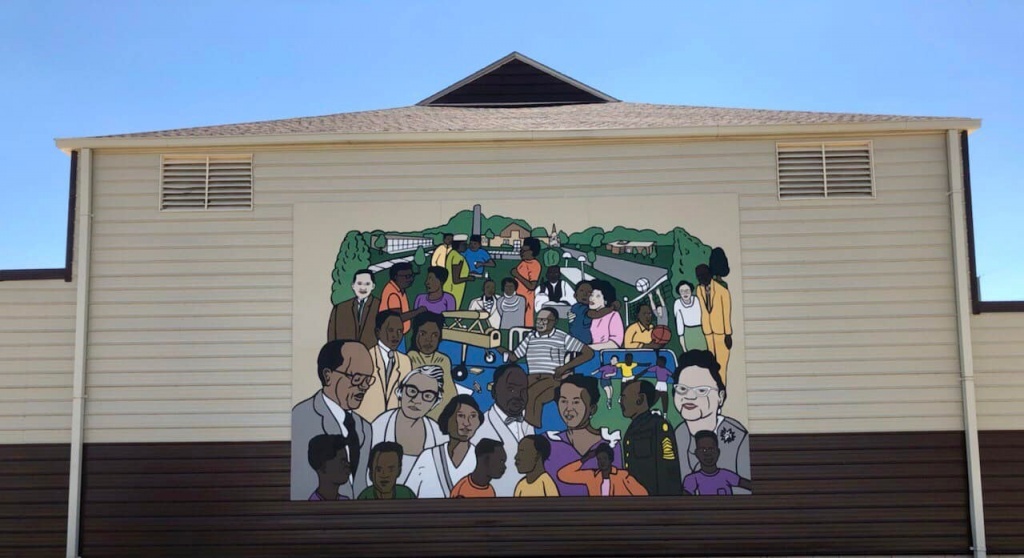 The Lawton community has lost a triumphant community figure and leader, Albert Johnson, Sr. Mr. Johnson was an advocate for public education and human equity in our community. He was instrumental in the desegregation of Lawton’s public schools and was a trailblazer for not only Lawton’s African American community, but also the Lawton community as a whole. He had a deep desire to see his community do and be better, and he most certainly made a positive difference that will benefit generations to come. The City of Lawton offers its deepest condolences to the Johnson family and many citizens of Lawton who are mourning the community’s loss of Albert Johnson, Sr.

The photo above is the restored Patterson Center Mural, which was a project spearheaded by Albert Johnson, Sr. nearly 30 years ago. Due to age and weather damage, the mural had to be taken down. Earlier this year, local muralists the Shaw Brothers restored the mural, and Mr. Johnson's likeness can be found in the center of the mural.