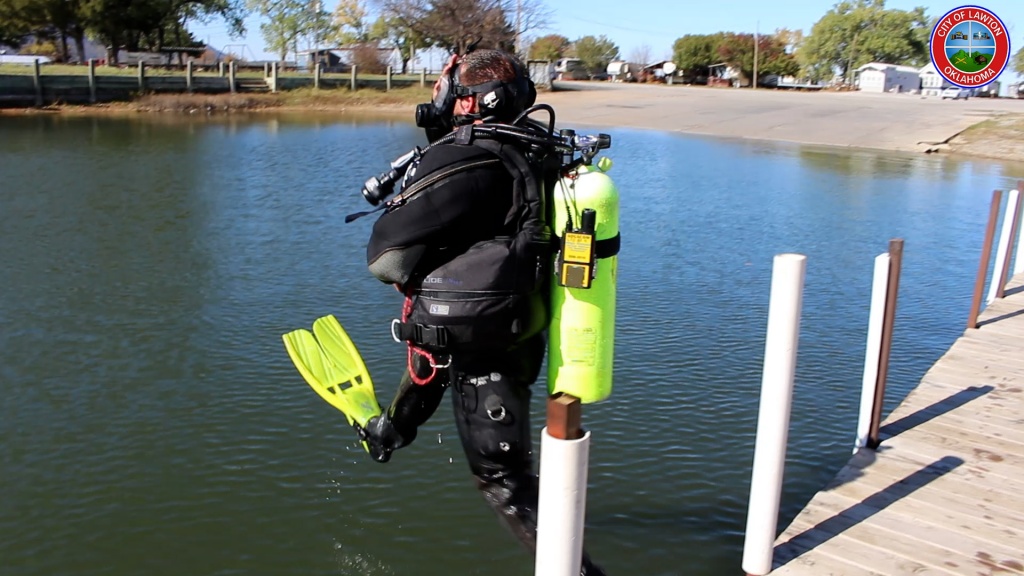 The Lawton Police Department's Dive Team might be the last thing you think about during the winter months, but the truth is, they train eight months out of the year to ensure they’re always prepared to be called out.

Lawton Police didn’t always have a dive team. It was the summer of 1993 when the team was formed, after Officer David Schucker submitted a written proposal, outlining its advantages, costs and purpose.

And at first, there was no funding for the team. Every purchase was made by the original members.

"They did it for their love of the community & their belief they could leverage their skills as divers to provide a service to the community,” said Captain Austin Benton, with the Lawton Police Department.

The first call out would happen on September 26, 1993 for the recovery of a drowning victim at Lake Ellsworth. Since it’s inception, the Dive Team has been called out for many reasons.

"We do boat recoveries, vehicle recoveries at the dock, and unfortunately there are drownings,” said Lt. Daniel Harter. “But over the last couple of years, Lawton has done a great job of having less casualties.”

You’ll catch the dive team primarily at Lake Ellsworth & Lake Lawtonka, but they also service the lakes in Lawton – like Lake Helen or Liberty Lake. The visibility at these lakes is not ideal. The divers say it's pitch black when they're working. And the dangers that lurk in the water during real-life-missions are also there for training.

While they have technology to make each dive as safe as possible, there is one time they will not perform a mission.

"It’s not safe for them at night,” said Lt. Harter. “People may say, you can’t see underwater anyway, but its not about what’s underwater. “Your topside has to see the bubbles of the diver & communicate with them. If the diver keeps swimming away, we could lose them in the dark.”

If you frequent our lakes, chances are, you’ve lost something in the lake! Sunglasses, cell phones, maybe even jewelry, and there is a chance it could one day be recovered.

"In some cases, we have found ID’s and wallets,” said Lt. Harter. “The money is disintegrated. But we’ve made the attempt and it’ll make people smile because they’ll say ‘Well that was four years ago!’ But, we try.”

Regardless of what the dive team is called out for, be mindful of their space and respect their work. If you’d like more information on the dive team, they’d love to answer your questions. Just email Lt. Daniel Harter at @email.