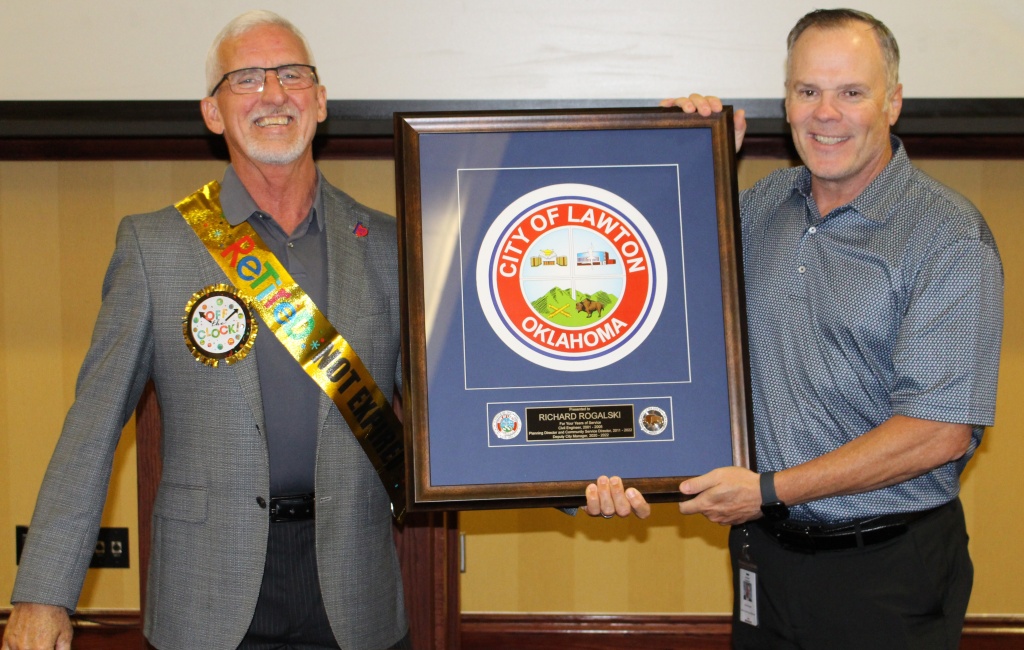 Deputy City Manager, Richard Rogalski is retiring from the City of Lawton after 21 years.

Rogalski joined the City of Lawton in 2001 with the Engineering Division, before becoming the Planning Director in 2005. He also served as the Community Services Director from 2012 to 2020.

In 2020, he moved to the City Manager’s Office as Deputy City Manager under Michael Cleghorn.

“I have really appreciated my time working at the City of Lawton,” Rogalski said. “This has been much more than a job. It’s been a vessel that has taken me to new heights of my career. Lawton is a special place and Kim and I have so many great friends here.”

“Though retired from City employment, I will continue to be a part of the Lawton-Fort Sill community,” Rogalski said. “I’m excited to help out wherever I can.”

While he may be retiring from the City of Lawton, he’s taking on a new role in Anadarko as the City Manager. He starts on Monday, August 1.