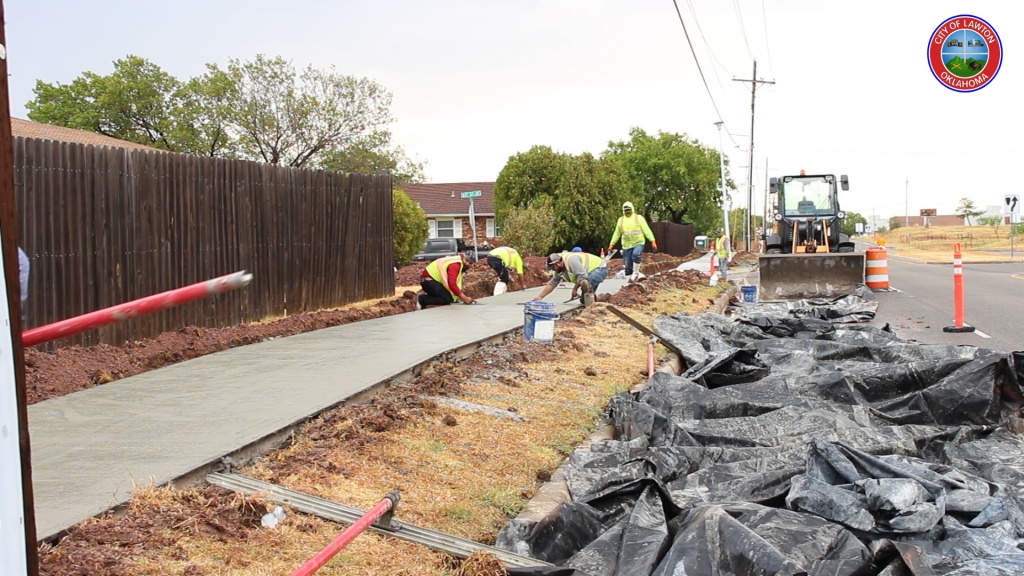 ”They’re tearing up this intersection so they can replace it with new road that conforms to slope requirements for an accessible sidewalk,” said ADA Coordinator for the City of Lawton, Michael Jones.

It’s a project that has been in the works since the end of June and Jones says the contractor, MTZ Construction, has been moving along rather quickly.

“We allowed 150 days for it, but they will finish well ahead of that time,” Jones said.

The work you see along Gore Boulevard is being paid for through proceeds from Medical Marijuana Sales Tax. While it may be an inconvenience for the residents in this area, it’s only temporary in an effort to make our City streets safer.

“The city has placed a high priority on getting sidewalks built on the main arterial like Gore & Sheridan,” said Jones. “It provides a safe passage for students who live in this neighborhood to get to school. It also creates an accessible pathway for people in wheel-chairs. We are just trying to build a better network of sidewalks throughout the City.”

This project is expected to be complete by Friday, August 12. In the meantime, slow down, watch for workers and obey the signs.