Greenwood District Display to be showcased at Lawton City Hall 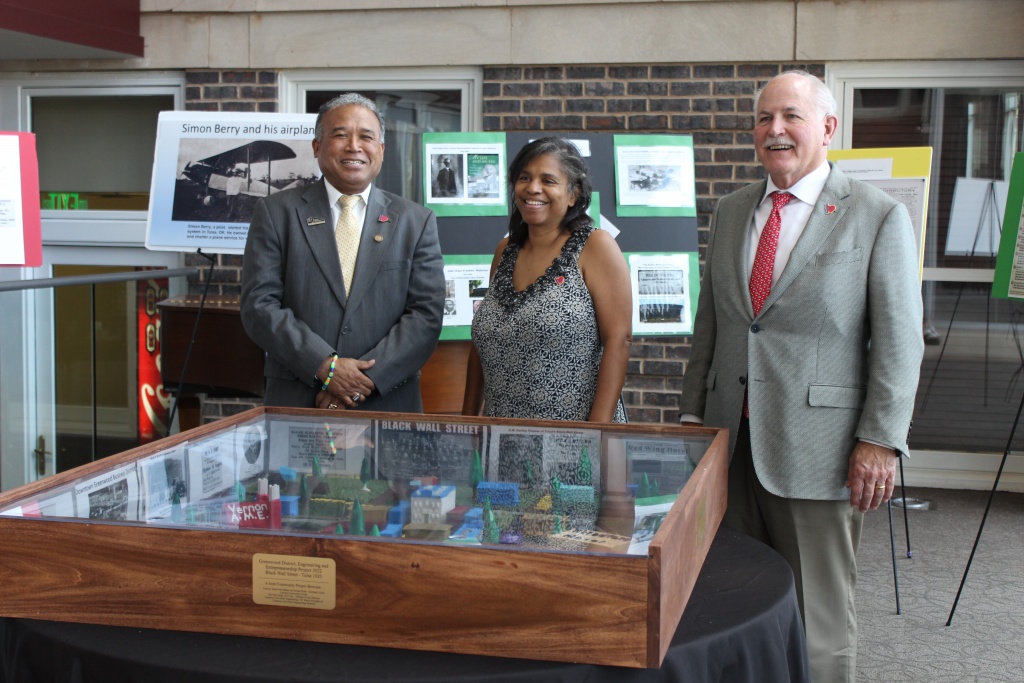 Lawton City Council members were on site Tuesday before the City Council meeting to see the display and learn more about what was popularly known as America’s “Black Wall Street.”

“Educating kids, especially young kids, about the Greenwood District now is very important because it pulls the legacy of the community back out when it's been something not talked about for a long time," said Ward 5 Councilman Allan Hampton.

The Greenwood Display is part of the S.T E.M. Entrepreneurship and Greenwood Program nominated by Lawton Youth and Family Affairs.

The exhibit was created in May 2022 through the efforts of several local organizations & individuals to include “Teamwork Makes the Dream Work” Founder Kim Jones, Cameron University’s Science & Engineering Department's Dr. Sheila Youngblood and The Next Step TLP Executive Director Onreka Johnson.

“This project gave our youth a real-world connection experience through art, history and engineering," said Johnson.

The conversation around the Greenwood District has recently been revitalized and as such the students were encouraged to research "Black Wall Street", the community and its people. The goal was to show the students what motivated the individuals to create businesses and pursue medical professions while facing difficulties and discouragement.

“We wanted the students to know they may be limited in some areas, but you can still reach your goals,” said Jones.

The students did research using old newspapers and photos to re-design the layout and built what the Greenwood District looked like in 1920. The students also created posters sharing important pieces of history detailing the events. They completed the display in July 2022 and showcased it in Central Mall this summer.

“This project can impact large groups of people and provide awareness, which makes us a little softer for one other,” Dr. Youngblood said.

The Greenwood District was established in 1906 by entrepreneur O.W. Gurley, and by 1921 there were over 11,000 residents and hundreds of prosperous businesses, all owned and operated by black Tulsans and patronized by both whites and blacks.

What took years to build was destroyed in less than 24 hours on June 1, 1921, known as the Tulsa Massacre.

The Greenwood community faced hardship but overcame each obstacle and rebuilt the place they called home. Now, the Greenwood Historical District showcases its heritage through the Greenwood Cultural Center in Tulsa, which offers educational and cultural experiences to visitors.

The Greenwood District will be on display at Lawton City Hall until November 18th.