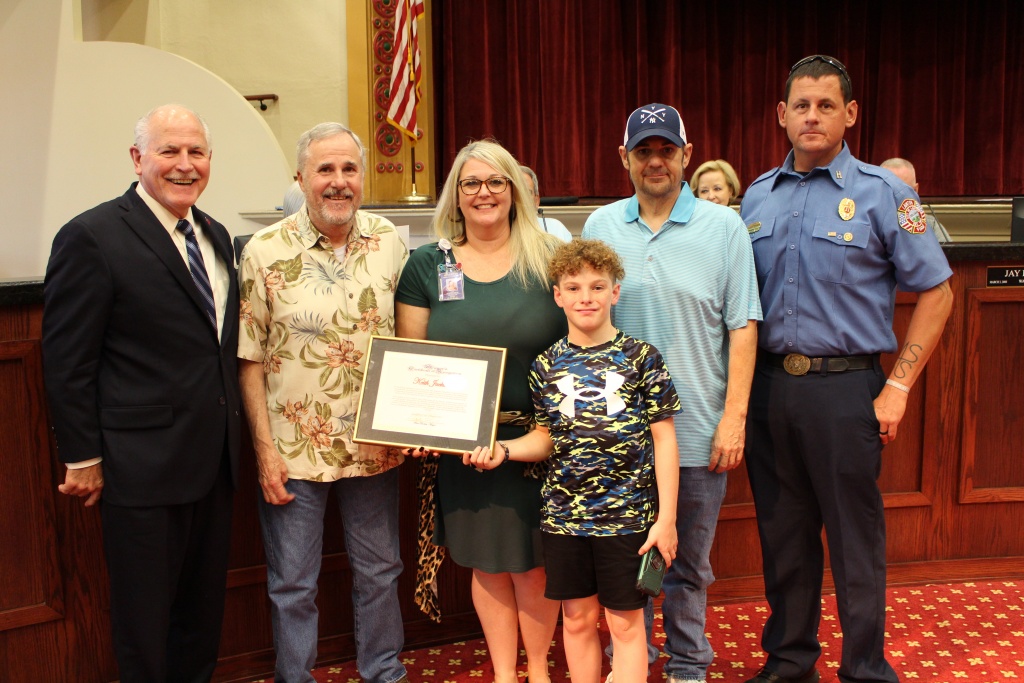 The drive leading up to East Side Park will have a new name, honoring the longest serving Councilmember in the City of Lawton.

Keith Jackson served on City Council for a total of 22 years; first in Ward 4 and then in Ward 2 when his home was redistricted. Former Councilmember Jackson is passionate about youth sports and, during his time on City Council, was active in the creation of East Side Park and the sports complexes located in East Side and Grandview Parks.

Former Councilmember Jackson’s most recent accomplishment happened in 2015, when he played a major role in spearheading the Freedom Festival.

The City of Lawton’s Parks and Recreation Commission came up with the idea to commemorate Jackson’s many contributions to the City with “Keith Jackson Parkway.”

“Keith Jackson has poured his heart and soul into the City of Lawton,” said Deputy City Manager Dewayne Burk. “It’s a tribute, and even though it seems small, it’s a great opportunity for our community to recognize his efforts, commitment, and love for this City.”

Lawton City Council approved the change, but staff was directed to come back with a resolution to memorialize it.

Residents can expect to see the change within the next couple of months.