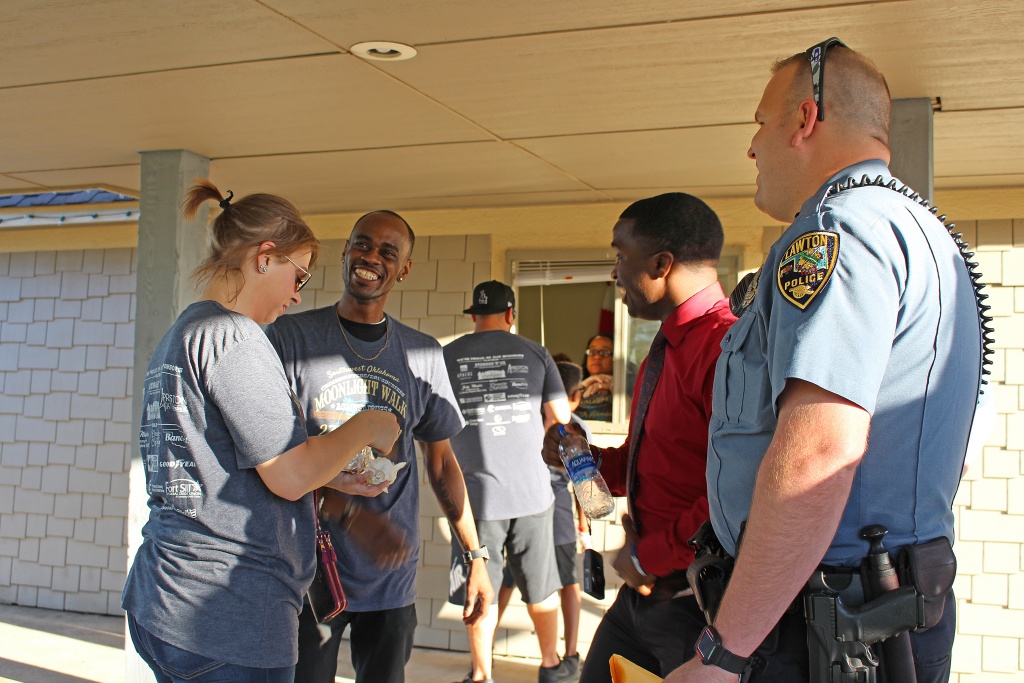 Lawton has been ranked in a recent report compiling the top 100 American cities that have made major strides in reducing crime to create safer communities.

The report, titled “Comeback Cities: Declining Crime Across the U.S.,” assembled by Security Choice ADT and released in early September, evaluates 10 years worth of data supplied by the FBI’s Uniform Crime Reporting program. Lawton came in at 76, showing an overall decrease of -27.10 percent in criminal activity from 2006 to 2016.

“We are proud of these numbers and thank the community for continuing to be proactive in crime reporting or suspicious activity,” Jenkins said. “They consistently assist and work with our divisions by keeping lines of communication open.”

The United States as a whole is also declining in crime rates, according to the study, with property crime making one of the greatest differences in the past 10 years, having decreased by 19.9 percent.

The City of Lawton applauds the efforts of more than 175 sworn police officers who protect and serve the Lawton Fort Sill community each day.