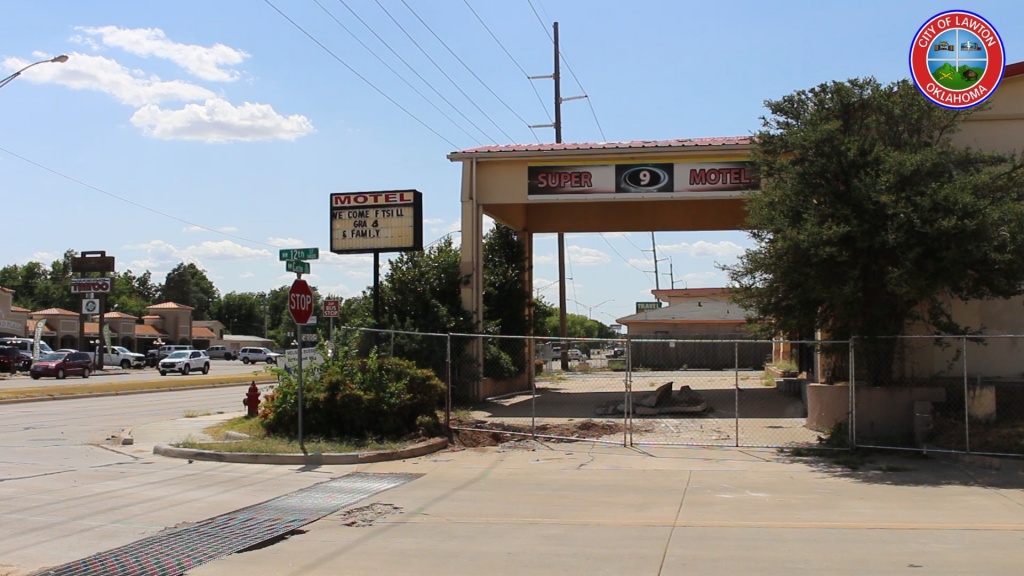 The Super9 Motel in Lawton is no longer after Lawton City Councilmembers declared it dilapidated in March. Lawton's Neighborhood Services Supervisor, Corey Bowen says there were a couple of factors that went into the decision.

"That structure has been there a while," said Bowen. "It’s been vacant for a while. We’ve had a lot of issues with vagrants, so from a safety aspect it needed to go. But it’s also one of the first things you see as you come into town from Cache Road and from a beautification standpoint it really needed to go. It was a big blight on the community."

Because the owners of the Super9 Motel contracted out the demolition work themselves, it saved the city at least $80,000 to $100,000.

”It was really nice they came in and demoed it," Bowen said. "We helped them out a little bit. We will give them 30% off at the landfill.”

All owner demos are given 30% off at the landfill as an incentive to take down buildings themselves, so the City doesn't have to.

The owners plan to sell the vacant lot to a third generation hotel/motel management family with plans to build a nice hotel. In the meantime though, the current owners will have to maintain the lot.

The demolition of this motel falls in line of the City’s goal to beautify Lawton, with this area in particular really being focused on by Neighborhood Services.

”We’re looking at trying to find incentives for commercial properties to update the outsides of their buildings, their landscape," said Bowen. "We’ll be tearing down a couple more structures & get rid of some of the old signs.”

The Super9 Motel is the 58th building to be torn down this calendar year. More demolition permits have been applied for, but have yet to be approved. About 40 structures are being considered for dilapidation at the next special city council meeting on August 16th.