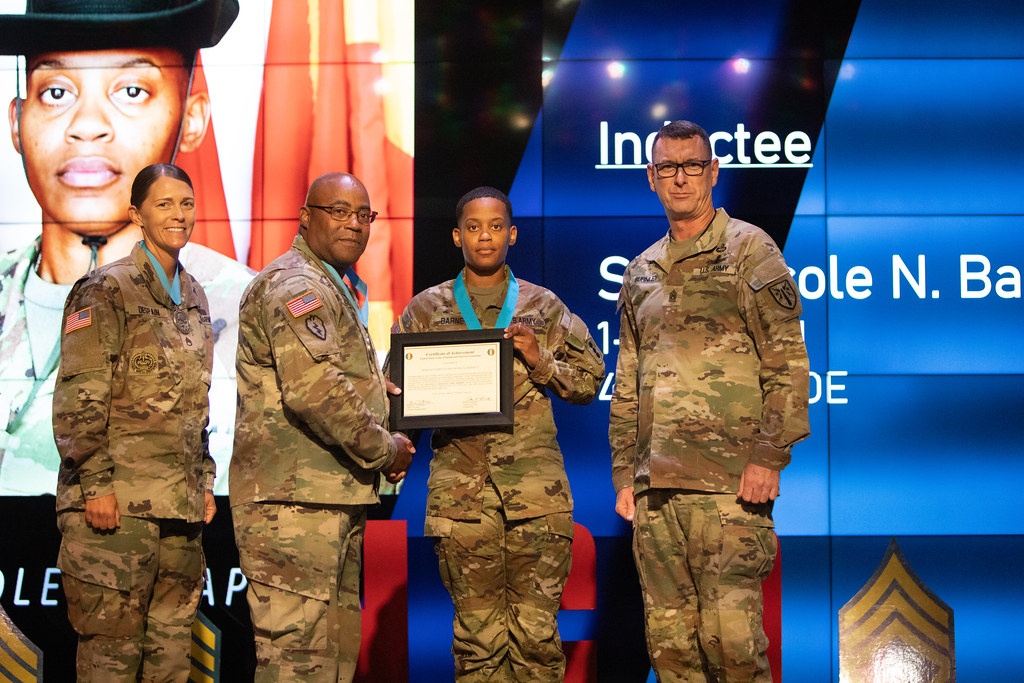 Barnett began her Army career at Fort Sill in 2011 and since then, excelled in many roles to include team leader, squad leader, and battalion chemical, biological, radiological and nuclear noncommissioned officer in charge.

She also earned the title of Fort Sill’s Drill Sergeant of the Year (DSOY) just six weeks ago.

“I think [these are] huge accomplishments for myself,” Barnett said, regarding her induction into the SAMC and winning DSOY. “I take them very personally, because this is all for the Soldiers.”

“Those who are added to the ranks of such a revered club represent what is best about the United States Military and what Audie Murphy represented,” Cleghorn said. “We congratulate Sgt. 1st Class Barnett on her induction. The process to be selected is difficult but is intended to recognize the best of the best.”