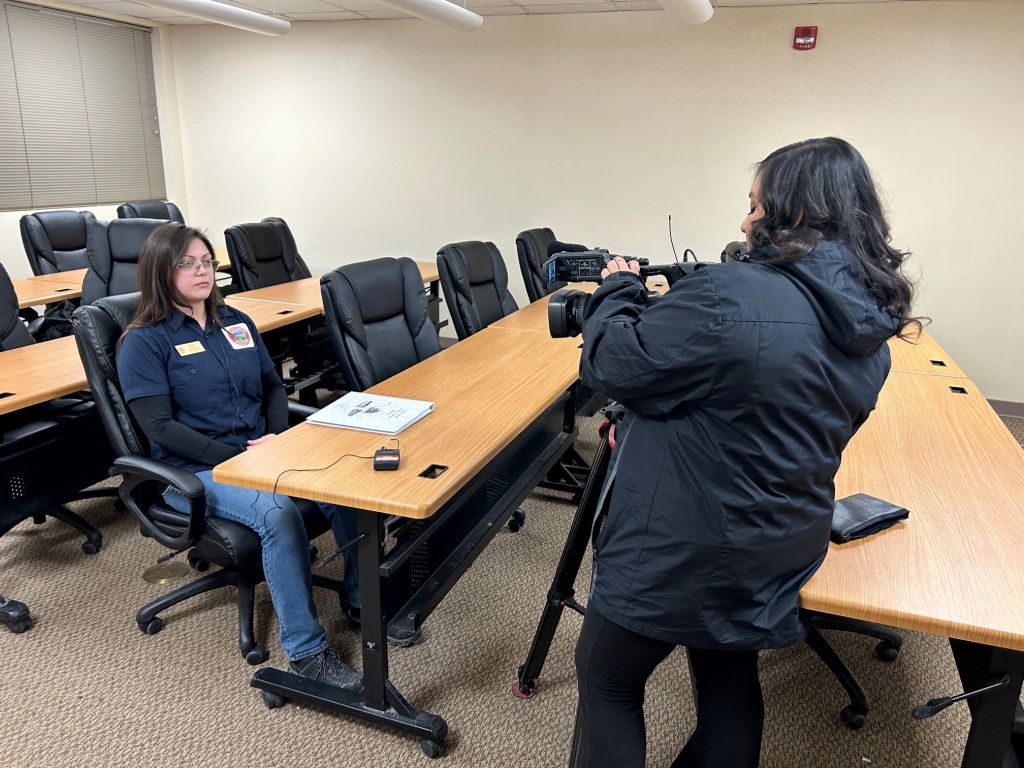 The ELDT class is required for all new CDL drivers before obtaining their commercial drivers license. At first, the City of Lawton worked to find cost effective ways to provide the class for new employees, but found it would cost up to $6,000 per employee, with classes lasting nearly a month.

As a result, some employees were re-classified at a lower pay because of their inability to meet the requirement within the time frame for their job description.

That prompted the City of Lawton to come up with a way to offer the course in-house. Through networking with other cities in similar situations, the City learned Oklahoma State University's College of Engineering, Architecture & Technology was conducting a "Train the Trainer" program for free in Stillwater.

They taught the first class to employees from January 9 through January 12 at the Medicine Park Water Treatment Plant.

The next step is the "Behind the Wheel" (BTW) training, followed by testing for their commercial learner's permit. After a second course with BTW, they will schedule an appointment with the Oklahoma Department of Public Safety where they will be expected to pass the skills test, allowing them to obtain their CDL.