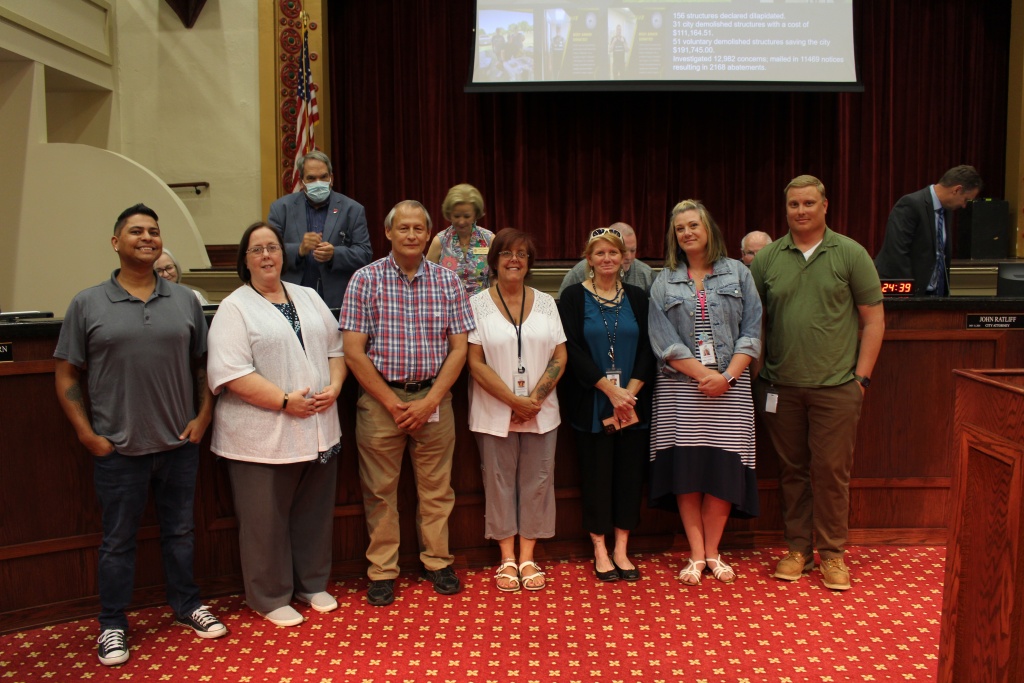 Led by Supervisor Corey Bowen, the department provides responses to customer complaints and investigated almost 13,000 concerns last year, with over 80% resident compliance, despite only have half the number of compliance officers on staff.

“As good as all the departments are in the City, I think your department and personal work has made the most positive, visible difference in Lawton in the last four to five years,” Ward 8 Councilman Randy Warren said to Bowen and his team during the City Council meeting.

Bowen also oversees the Dangerous and Dilapidated program that brought 156 structures to City Council, 31 of which were demolished at the City’s expense. Property owners demolished 51 structures voluntarily.

“When I get compliments, its on this department more than any because they’ve been so active in cleaning up the city in many ways, but especially through the D&D Program,” said Mayor Stan Booker.

Between helping facilitate the Trash Off event with the City’s Solid Waste Department and the Lawton Enhancement Trust Authority, and the assistance provided during the Freedom Festival, the Neighborhood Services Department is on the right track and we commend everyone on their hard work and dedication to the City of Lawton.