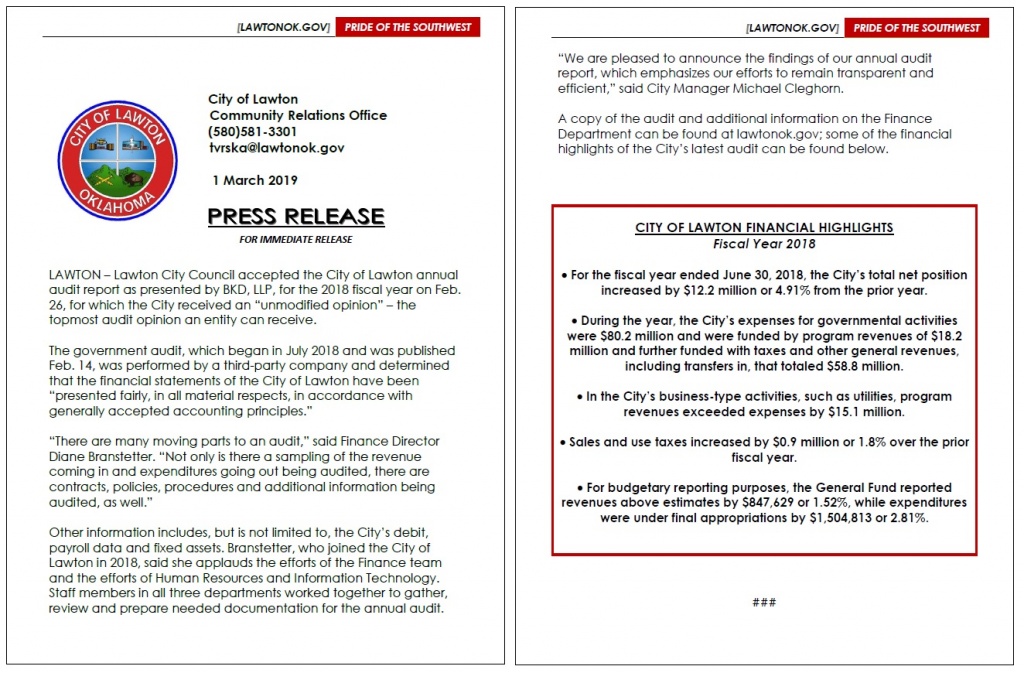 Lawton City Council accepted the City of Lawton annual audit report as presented by BKD, LLP, for the 2018 fiscal year on Feb. 26, for which the City received an “unmodified opinion” – the topmost audit opinion an entity can receive.

The government audit, which began in July 2018 and was published Feb. 14, was performed by a third-party company and determined that the financial statements of the City of Lawton have been “presented fairly, in all material respects, in accordance with generally accepted accounting principles.”

“There are many moving parts to an audit,” said Finance Director Diane Branstetter. “Not only is there a sampling of the revenue coming in and expenditures going out being audited, there are contracts, policies, procedures and additional information being audited, as well.”

Other information includes, but is not limited to, the City’s debit, payroll data and fixed assets. Branstetter, who joined the City of Lawton in 2018, said she applauds the efforts of the Finance team and the efforts of Human Resources and Information Technology. Staff members in all three departments worked together to gather, review and prepare needed documentation for the annual audit.

“We are pleased to announce the findings of our annual audit report, which emphasizes our efforts to remain transparent and efficient,” said City Manager Michael Cleghorn.