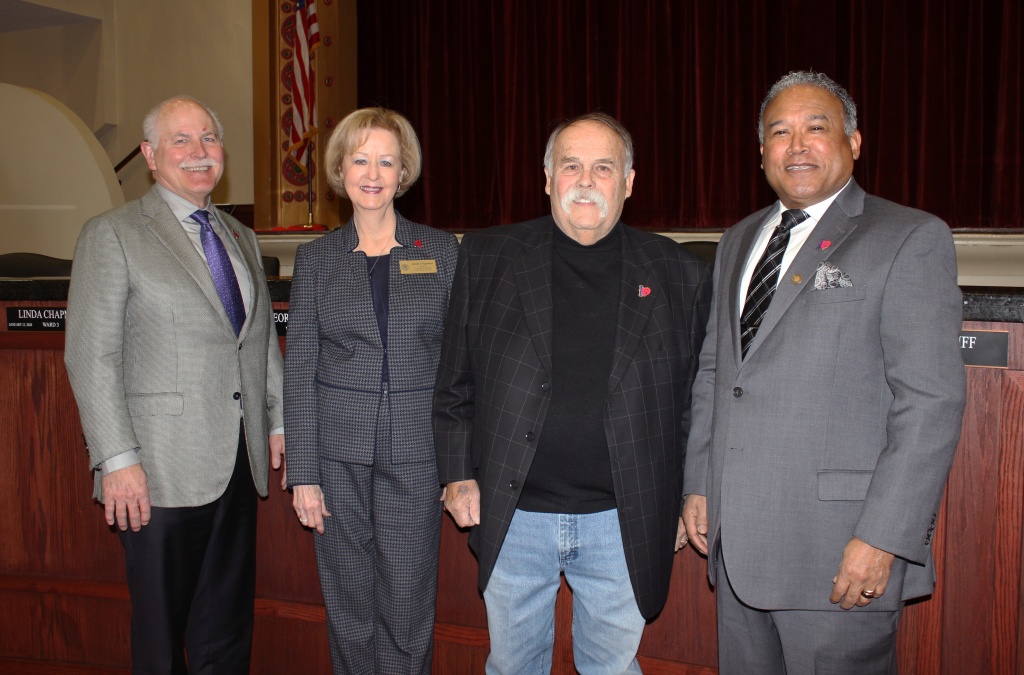 This ceremony marks the beginning of the three-year term that the Councilmembers will serve through 2026.

Former Councilmember Burk feels that after 15 years, he has done his part.

“I’m just so blessed that I’ve gotten to work with so many wonderful people from the City Staff to the citizens of Lawton,” Burk said. “Hopefully, I can go and get on different committees and maybe volunteer some time doing something different.”

On behalf of the City of Lawton, Mayor Stan Booker presented a plaque to Burk for his years of service.

“For 15 years, [Councilmember Burk] has done a lot to impact this community,” Booker said. “To me, the biggest one is [his] work with the Lawton Enhancement Trust Authority and bringing beautification and the way our city looks to the public forefront.”

“I’ve been out working, coming to meetings, talking to people, but most of the things I intend to do are to help the City of Lawton grow,” Gill said. “I want the people to know that I’m here, I work for them, and if they have a problem, just give me a call.”

Incumbent Linda Chapman will remain the Ward 3 City Councilmember after receiving 71.93% of the vote.

Alan Hampton did not draw an opponent and will remain the Ward 5 City Councilmember.

We want to congratulate Councilmembers Chapman, Gill, and Hampton!