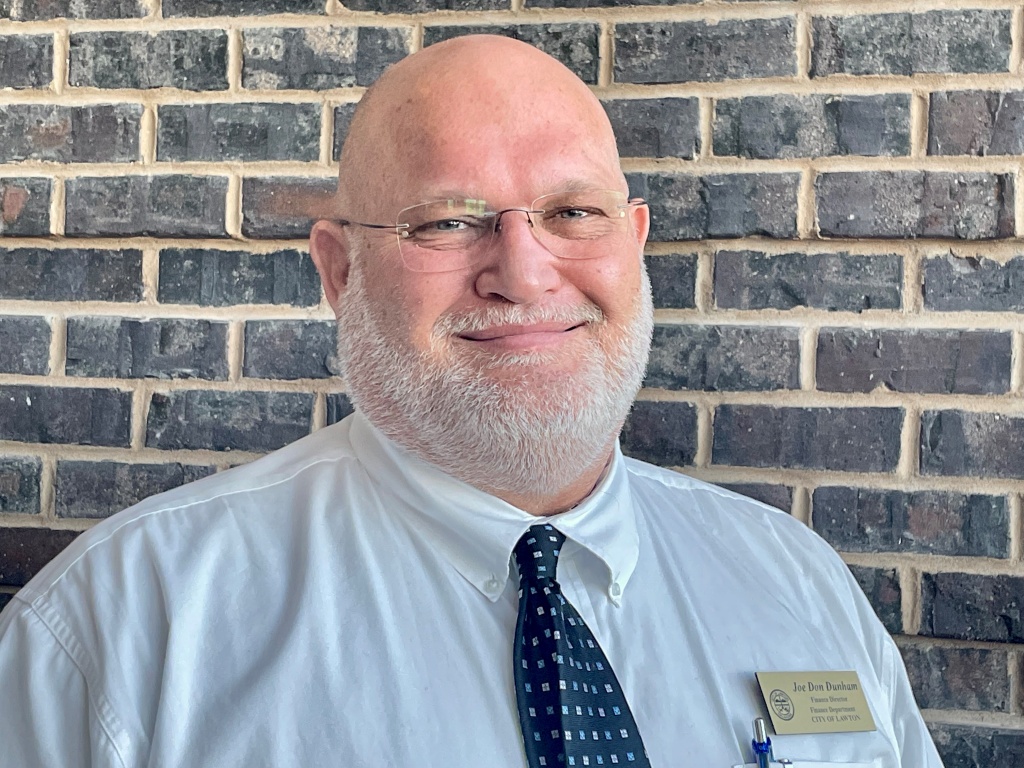 Dunham served as Past President of the Oklahoma Association of Public Treasurers and Oklahoma Municipal Clerks, Treasurers and Finance Officials Association and Chairman for the Oklahoma Treasurers Institute. In addition, he served as a Director for the Association of Public Treasurers of the United States and Canada and the Mountain Park Master Conservancy District. Dunham was appointed by former Oklahoma Governor Brad Henry to the Task Force on Municipal Finances representing communities under 50,000 population. He is currently a member of the Oklahoma Municipal League (OML) Legislative Committee and continues to serve on the OML/OTC Liaison Board as one of its’ founding members.

“I’m excited to accept the position as Finance Director for the City of Lawton,” Dunham said. “Having grown up in Frederick and attending Cameron University, it’s like coming home. I am more than thrilled for this opportunity to serve the Lawton community and its citizens in this position.”

As Finance Director for the City of Lawton, Dunham will oversee three divisions: Finance Administration, Financial Services and Utility Services. Dunham began in his new position on Jan. 10.