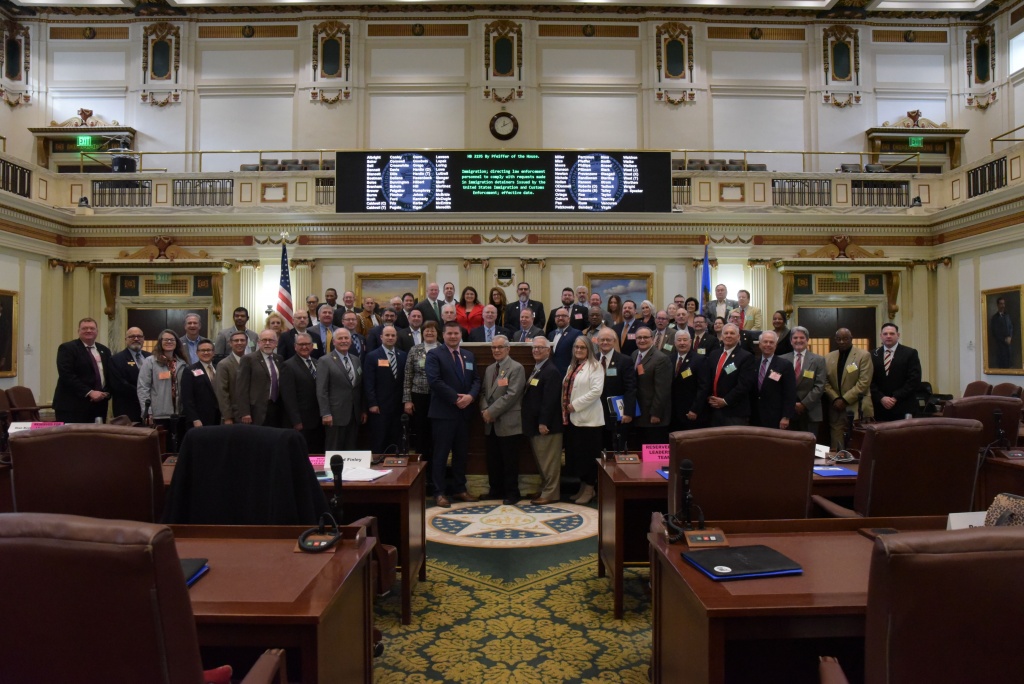 Mayor Stan Booker of the City of Lawton participated in the Oklahoma Municipal League (OML) and the Mayors Council of Oklahoma (MCO) 10th Annual Congress of Mayors event, held at the state capitol on Friday, February 7, 2020.

Mayor Booker met, along with approximately 90 other Oklahoma mayors and vice-mayors, to debate issues facing municipalities and craft a legislative agenda for the 2020 legislative session. The group divided up into committees and discussed important topics, such as economic development, infrastructure needs and revenue diversification. After discussion on the topics, each group formed a resolution and presented them to the general session. Discussion followed and the topics were adopted to present to the 2020 legislature.

Former State Rep. Joe Dorman, who served as parliamentarian for the Congress of Mayors, said he is honored to take part. “I am delighted to serve these municipalities in formulating their agenda for the upcoming legislative session,” Dorman said. “The Congress of Mayors is an important annual event that helps municipal officials and lawmakers work closely together to better serve their constituents.”

MCO President Ray Poland, said, “As President of the Mayors Council of Oklahoma and Mayor of the Town of Jones, it is a great honor to host this annual event where council members and municipal officials from across the State can come together and participate in the legislative process. Under the guidance of legislators, and the Oklahoma Municipal League we are afforded an opportunity to plan, author, debate and vote on issues that not only potentially affect towns and cities, but all Oklahomans. Being of nonpartisan government, we can collaborate with a wide array of political minds to achieve common sense solutions.”

The Mayors’ Council of Oklahoma is organized as a nonprofit corporation under the laws of Oklahoma for the benefit of cities and towns, whose purpose is to create effective leaders and provide a voice for collective action statewide, as well as to promote the general welfare of the cities and towns and their citizens; to share and communicate best practices and research and to endorse and support state and national policies, programs, legislation