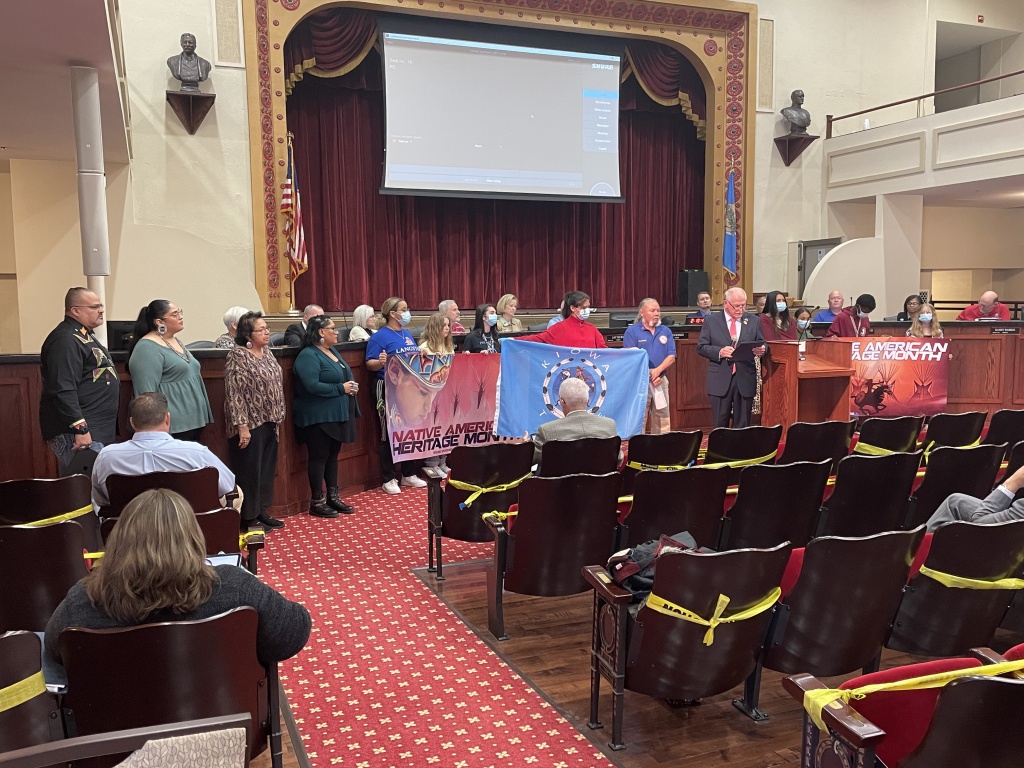 Whereas, America's veterans have fought to defend our country, its values, and its interests since the first days of our founding. They have defeated tyrants, eliminated terrorists, and secured freedom at home and abroad. Their courage and fortitude in the face of adversity serve as an example for all Americans. On Veterans Day, we pause to pay tribute to all who have proudly worn our Nation's uniform. These Soldiers, Sailors, Airmen, Marines, and Coast Guardsmen selflessly placed lives, wellbeing, and security of others before their own. We enjoy the privileges of peace, prosperity, and freedom because of out veterans, and we are forever indebted to them beyond measure; and

Whereas, for their love of country and dedication to duty, America's veterans have endured adversity, loneliness, fatigue, loss, and made other incredible sacrifices. Many sustained life-altering physical injuries and disabilities; others bear the burden of emotional scars for the remainder of their lives. Our Nation's veterans fully understand liberty's high and precious cost, for they have paid it every day since the formation of our Republic; and

Whereas, our veterans represent the best of America, and they deserve the best America can provide them. To recognize and respect the contributions our service men and women have made in defense of America, and to advance the cause of peace" the Congress has provided, as outlined in 5 U.S.C. 6103(a), that November 11th of each year shall be set aside as a legal public holiday to recognize America's veterans. These heroes served faithfully, humbly, and valiantly in times of war and peace, and they carried these admirable traits into the civilian workforce when their military service was fulfilled. Our precious liberty has survived and thrived because of generations of brave Americans - from every background and walk of life- who have answered the call to support and defend the United States. The gravity of their contribution is immeasurable and so is our debt to every single one of our Nation's veterans.

Now, therefore, I, Stan Booker, Mayor of the City of Lawton, do hereby proclaim November 11, 2021, as Veterans Day, and I encourage all citizens to recognize the fortitude and sacrifice of our veterans through public ceremonies and private thoughts and prayers.

Whereas, Omega Psi Phi is the first international fraternal organization to be founded on the campus of a historically black college. Omega Psi Phi Fraternity, Incorporated was founded at Howard University in Washington, District of Columbia, on November 17,1911, by undergraduates Oscar James Cooper, M.D., Frank Coleman, Ph.D., and Edgar Amos Love, D.D., and their faculty advisor Ernest Everett Just, Ph.D. The Psi Upsilon Chapter was chartered at the Patterson Center in Lawton, Oklahoma on July 5,1952; and,

Whereas, the Psi Upsilon Chapter, Omega Psi Phi Fraternity, Incorporated has maintained a commitment to the betterment of man kind, the enhancement of the community, and the enrichment of collegiate men through dedication to its cardinal principles of manhood, scholarship, perseverance, and uplift; and,

Whereas, the Psi Upsilon Chapter has carried out the goals of the Omega Psi Phi Fraternity, Inc. in the Lawton-Fort Sill Community by participating in events to uplift the community, including voter registration, scholarship programs, and youth mentorship programs; and,

Whereas, during the Fraternity's Achievement Week Celebration the Psi Upsilon Chapter will celebrate more than 69 years of service to the Lawton-Fort Sill Community in many diverse fields of endeavor; and,

Whereas, the Psi Upsilon Chapter, Omega Psi Phi Fraternity will commemorate its contributions and promote its continued success during its Achievement Week Activities during the week of November 14 through November 20, 2021 in Lawton, Oklahoma.

Whereas, the history and culture of our great nation have been significantly influenced by Native Americans and Indigenous Peoples. The contributions of Native Americans have been enhanced freedom, prosperity, and greatness of America today. Their customs and traditions are respected and celebrated as part of a rich legacy throughout the United States; and

Whereas, Native Americans have influenced every stage of America's development. They helped early European settlers survive and thrive in a new land. They contributed democratic ideas to our constitutional Framers. And, for more than 200 years, they have bravely answered the call to defend our Nation, serving with distinction in every branch of the United States Armed Forces. The Nation is grateful for the service and sacrifice of all Native Americans; and

Whereas, Native American Awareness Week began in 1976 and recognition was expanded by Congress and approved by President George Bush in August 1990, designating the month of November as National American Indian Heritage Month; and

Whereas, Native Americans are a testament to the deep importance of culture and vibrancy of traditions, passed down throughout generations. Native American men and women contribute to all areas of life in Lawton, Oklahoma, including, but not limited to, government, business, arts and sciences, medicine, education, law enforcement, and the military.

Now, therefore, I, Stan Booker, Mayor, City of Lawton, Oklahoma, do hereby recognize November 2021 as Native American Indian Heritage Month and encourage all citizens to learn about the rich history and culture of the Native American people. I ask that you commemorate this month with appropriate programs, activities, and celebrations.