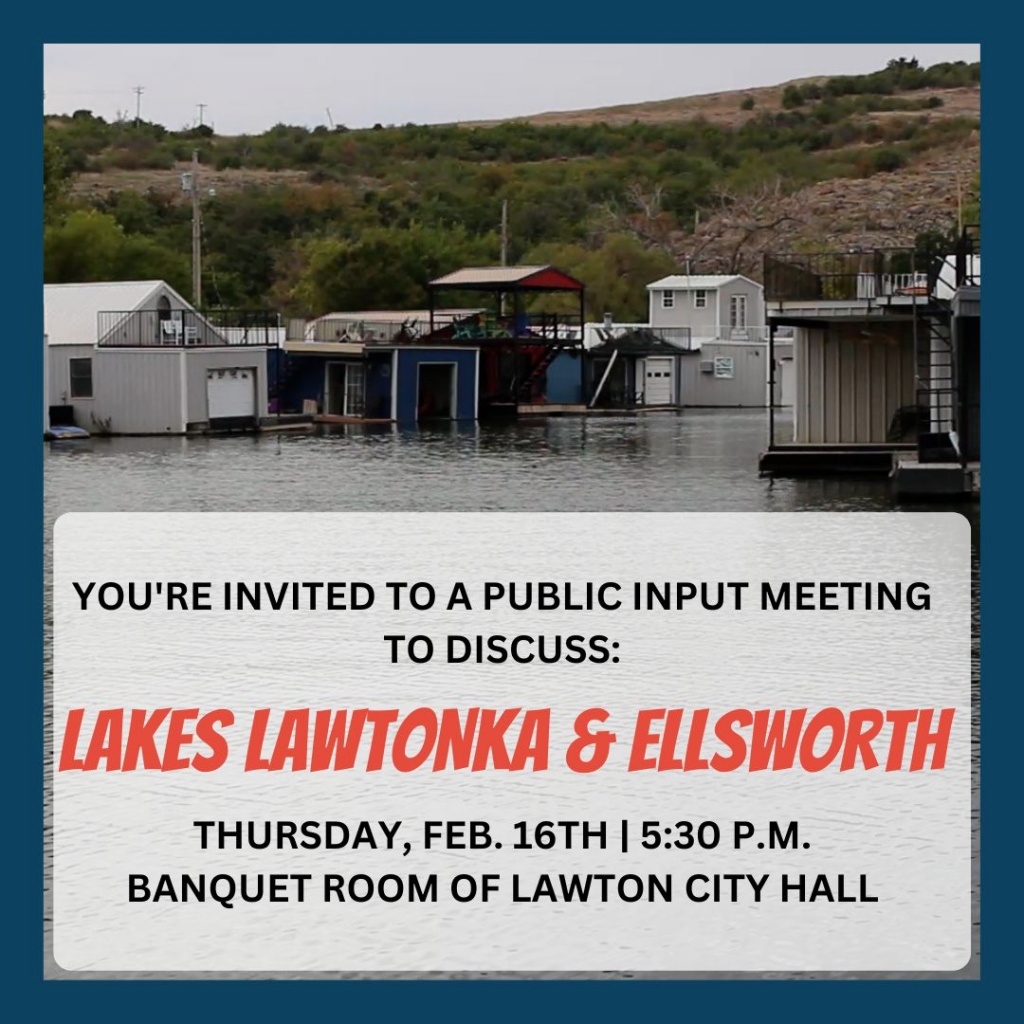 The City of Lawton Parks & Recreation Department will host the second and final Lakes Public Input Meeting on Thursday, February 16, 2023 at 5:30 p.m. in the Banquet Room of Lawton City Hall.

This meeting will be similar to the first meeting held in October. The consultants have narrowed down what citizens chose from that meeting and will work to get a more specific plan.

We are also seeking public input on Elmer Thomas Park. A Public Input Meeting to gather ideas & opinions from citizens will be held on Tuesday, February 7 at 5:30 p.m. in the Banquet Room of Lawton City Hall.

Similar to the Lakes Public Input Meetings, the consultants will have large poster boards showing amenities that could be placed in Elmer Thomas Park. Citizens will have a chance to mark which amenities they would or would not like to see.

A survey will be provided by the consultant, Halff Associates, and released at a later date.