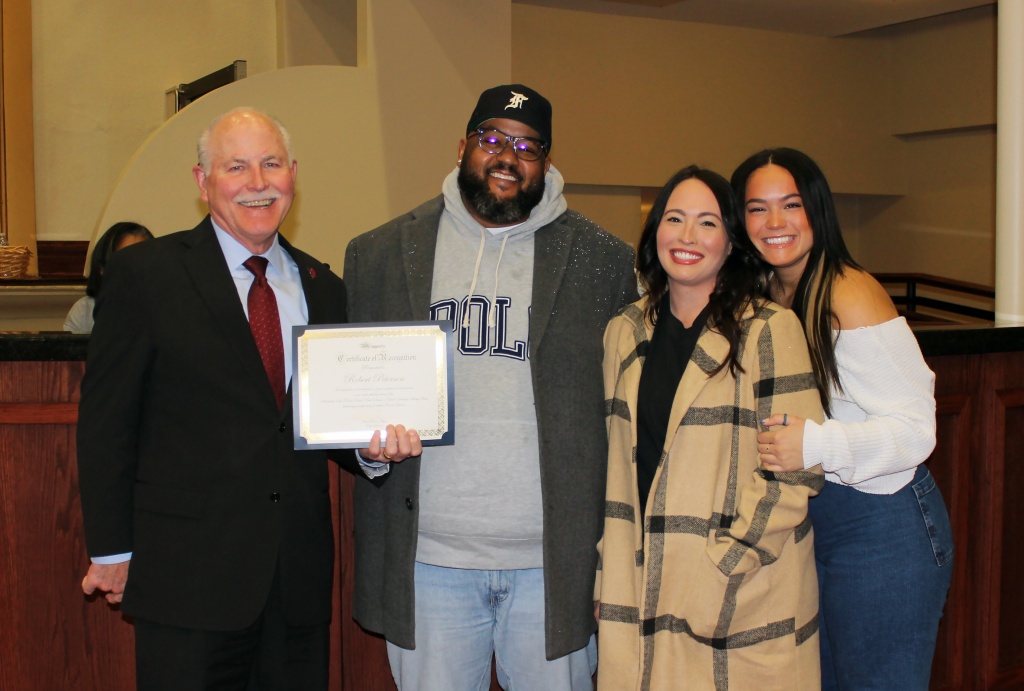 During today's City Council meeting, local artist Robert Peterson accepted a certificate of recognition from Mayor Stan Booker for his exceptional achievements as an artist.

The United States Postal Service commissioned Peterson to design a stamp for Black History Month. The stamp features a portrait of author Ernest Gaines as a tribute to Black heritage.

Peterson is no stranger to breaking records with his art, but he was surprised when he found out he had been chosen for the commission.

“It was an honor to be selected by the United States Postal Service,” Peterson said. “This wasn’t something you apply for. When I got the email, they said they had been following me on social media for a little over a year. They had over 200 people they had been following and were discussing who they wanted to do the stamp for this year’s Black Heritage Stamp. They had unanimously voted on my work.”

Congratulations to Mr. Peterson! If you would like to see the stamp for yourself, stop by any post office between now through February!