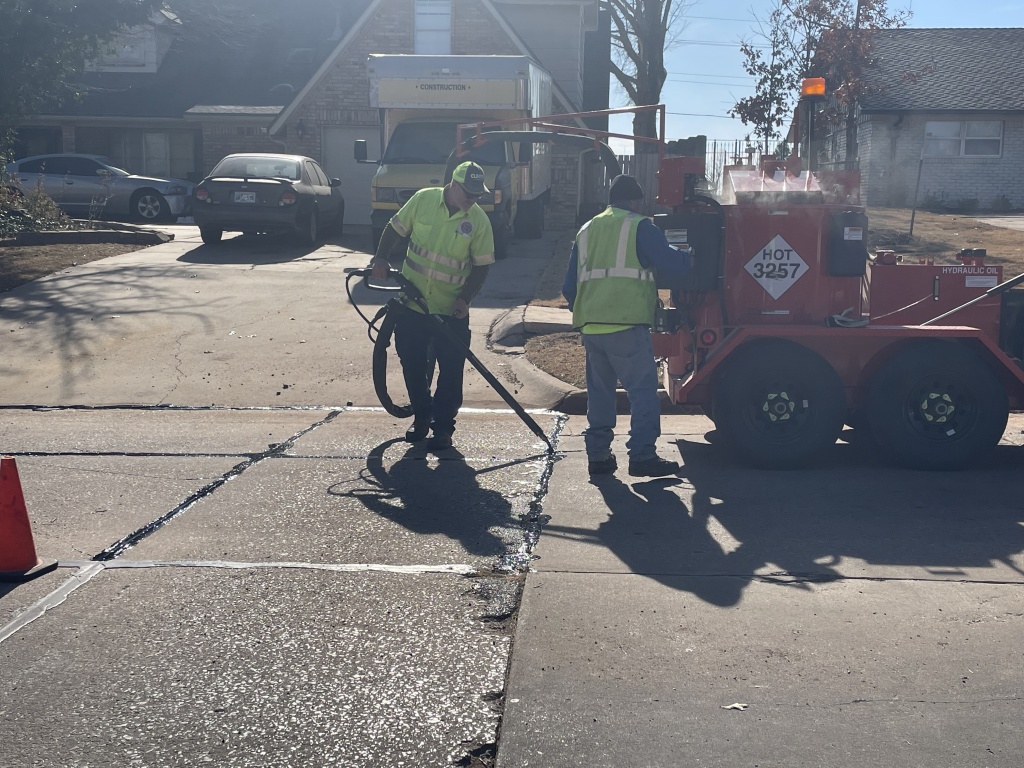 The City of Lawton’s Streets and Traffic Control Division are in their second season of utilizing their new crack sealing machine. On Dec. 22, crews worked along NW Meadowbrook Drive to seal cracks along the neighborhood road.

The filling is hot tar mixed with additives for elasticity and longevity. The purpose of this process is to seal cracks on roadways to prevent water from leaking through the cracks and getting to the road base, which is especially important in Oklahoma because of the clay soil that expands and shrinks when wet and then causes more cracks, potholes, displaced concrete panels etc. The new machine has made this a more efficient process for city employees as it requires less vehicles and personnel. Currently, the division only has one of the new machines, but according to Larry Wolcott, Public Works director, the process is still important to preserving the city’s various roadways.

“It’s important as a preventative maintenance measure for both concrete and asphalt roads,” Wolcott said.

According to Streets and Traffic Control Superintendent Cliff Haggenmiller, a contractor will begin sealing cracks along Cache Road from Fort Sill Boulevard to 82nd Street. This project is set to begin at the first of the new year and will be funded by the 2019 CIP.